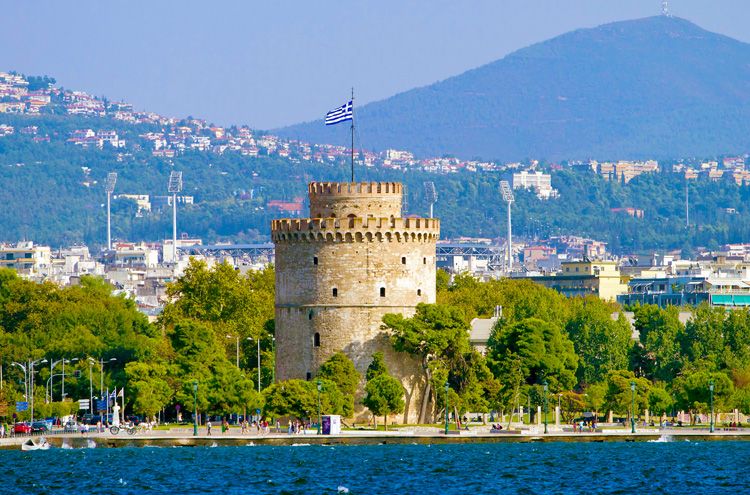 Thessaloniki: A walk in the beautiful historic center

The charming city of Thessaloniki is placed inside the Thermaikos Gulf and embraces its symbol, the White Tower. Often called the 'Bride of Thermaikos" or the city of St. Demetrios. It was founded in 316 BC by Cassander in honor of his wife Thessaloniki, sister of Alexander the Great. Its beauty will impress you and you will find that Thessaloniki can cover even the most discerning guest. Get to know its long history presented by the wealth of its archaeological sites from one end of the city to the other. Experience the pulse of the main streets and picturesque alleyways. Enjoy at the restaurants, cafes, nightclubs. The more days you will fall asleep in the arms of Thessaloniki, the more difficult you will separate... because you'll definitely fall in love!

A stroll around the city

The most famous walk lies of course at the harbor in the shadow of the White Tower. Some walking, some biking or even a ride with the horse carriage, crunchy sunflower seeds, a cup of coffee, Thermaikos will attract your eyes and the trademark of Thessaloniki comes to life before you.

But there are many other beautiful neighborhoods in the city as well, such as: 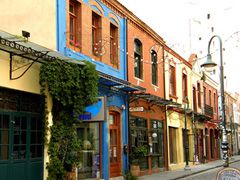 Ladadika. With its cobbled streets, the traditional buildings and old mansions, many of which in the evening are transformed into nightclubs, with interesting restaurants, the region takes the visitor back to the beautiful past. 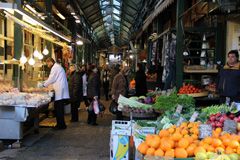 The Modiano and Kapani markets. Near Aristotelous Square the two traditional markets are full of colors and scent. The benches overflowing with fruits, cheese, meats, fish and all kinds of products. Here you will also find spices and traditional utensils while small ouzo shops pop up from various corners 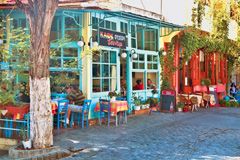 The Upper Town (Ano Poli). It is a traditional preserved settlement and is distinguished for its beauty. Leave the car and let yourself to be lost among the narrow cobbled streets, discover small clearings and squares with traditional taverns, admire the endless views of the city from the Castles and as far as mount Olympus, and pay a visit to the Byzantine church of St. Catherine and the beautiful Vlatadon monastery.

The Bit Bazar. High on Venizelou street a small arcade leads to a charming square which still retains its authenticity. In the morning you can visit small antique shops and benches with thousands of small items: antiques, furniture, lace, old books and whatever else may come to mind. At night the bars and taverns of the square are filled with people.

Due to its geopolitical position, Thessaloniki has always been a crossroads where people with different religious and cultural backgrounds met and coexisted for long periods. Therefore, the city is dominated by monuments from every historical era, with most being Roman, early Christian and Byzantine. The best known symbol of the city is the White Tower. In its interior a permanent exhibition operates that presents in a concise way views of the city's history from its founding until the recent past.

Major monuments are also the ancient Roman Forum at the north end of Aristotle street, the Arch of Galerius (Kamara) and the imposing Rotonda - a UNESCO World Heritage monument. A walk in history is also strolling the Eptapyrgion Castle and the prison of Yedi Koule, at the highest point of the the upper Town.

In Thessaloniki there are also many interesting museums worth visiting. Start from the Archaeological museum where is exhibited in an impressive way the civilization of ancient Macedonia and the Museum of Byzantine Culture, one of the most contemporary museums in Greece.

Monuments of the city are also many churches. The church of Saint Demetrios impresses with its architecture and underground catacombs. Also, the church of Agia Sofia, the Metropolis, the Virgin Acheiropoietos, are some of the churches with a long history. 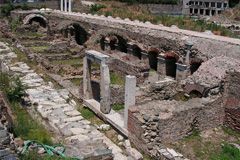 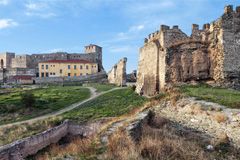 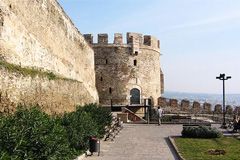 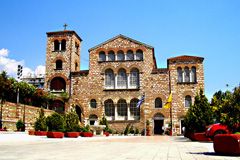 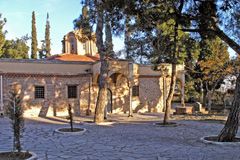 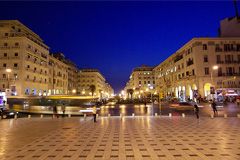 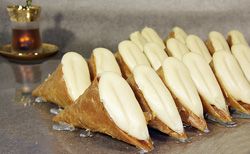 In Thessaloniki and the surrounding area you will find plenty of taverns and restaurants serving local specialties from the Macedonian, Eastern and Mediterranean cuisine. Try delicious dishes such as Bougiourdi with hot pepper for the adventurous, Giaourtlou kebab, Bekri meze, stuffed gialantzi, fried mussels and many more. Thessaloniki is famous for its sweet deserts, so try Panorama triangles, ekmek, samali, baklava, kazan dipi and of course, bougatsa.