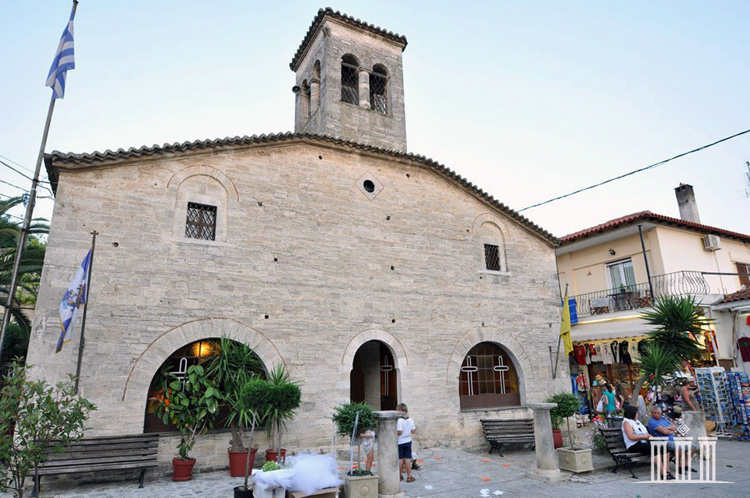 Afytos: A Tour at the Stone Balcony of Halkidiki

Afitos or Athitos ... Three of the gang searched all over the web to find the correct name. The fourth one lazily enjoyed the endless blue that stretched in front of him sitting in the most beautiful balcony of Halkidiki.
- Finally friend, which is the correct name? Athitos or Afitos? They asked the waiter who arrived with the steaming coffees on his tray.
- However you call it, the truth is ... It's beautiful !!!
And indeed it is ... 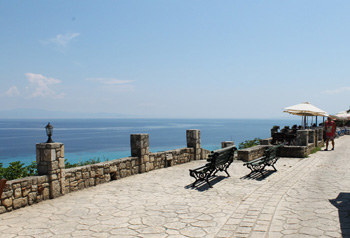 The stone or stone built "balcony" of Halkidiki, Afytos or Athitos, is situated on the Kassandra peninsula, it is the third village after the canal of Potidea and is built on top of an imposing rock. It rises steeply above the Toroneos Gulf and it has a unique view of the lacy beaches a breathtaking view for every visitor. Walking the cobblestone streets, you can admire the beautiful traditional houses, and the full of flowers gardens in the spring, summer and autumn with the artistically painted pots outside the village households. And now and then, through the alleys of Athitos emerges a proud and delicate Chalkiditian holding in her hands a delicious griddle with a delicious pie. A mark of the gastronomic wealth of the region.

The history of the village amounts to several centuries, since it is refered to texts of Aristotle, Herodotus, Thucydides and others. In the area where the current Afitos exists, there was a camp from 3000 BC. The steep cliff by the sea side protected the settlement from maritime attacks. So Ancient Afitis was an important city of Pallini. The sanctuary of Dionysus and the Temple of Ammon Zeus also had a substantial contribution to spreading its reputation in the Archaic and Classical periods. It also contributed during the Persian Wars with its own ships. Later, it joined the Athenian Alliance. The city even had its own currency, which depicted the head of Ammon Zeus. But also in the revolution of 1821 against the Ottoman empire the village was very much present in the struggle. 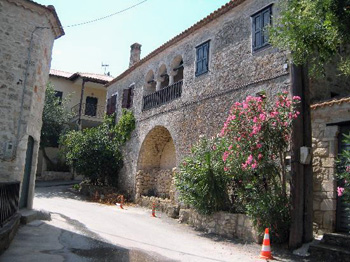 In Afitos, architects and empirical stone craftsmen succeeded in bringing together with harmony the natural beauty of the landscape with the modern concept of architecture. The village was built in the early 19th century. In the central square stands the church of St. Demetrius, built around 1858 and its the only in Halkidiki of type basilica with a dome. Of exceptional architecture are the little stone houses with inscriptions and the stone reliefs: Katsani (1860), that of the painter artist Paralis, and Athanasiadis (1898) even the community owned mansion building of Aletras at the central square. At the home of Aletras there is a folklore museum from 1980 where exhibits agricultural tools, household utensils and pottery.

After enjoying Afitos and the Toroneos bay from above, you can get down at the seaside beach bars. The road to the beach has two branches: to the left it leads to the harbor, the "Boats" as it is known to the locals. There, you will find a few taverns on the sea front, and coffee bars with sun loungers and umbrellas. The beach is small and during the summer months it gets quite crowded. The other beach (to the right side of the road from the village) is called Liossi with beach bars and taverns. On the way to Liossi you will find cafés, restaurants and hotels that end up in front of the beach. Under the settlement we find other wonderful beaches, such as Moudounou, Afytis, Daphne, Valopetres, for the most part organized with white sand and crystal waters.

For your stay in the Afytos area, you can book a room at one of the hotels, the traditional guesthouses or rooms in the area. At Afitos and the surroundings there are hotels, guest houses, rooms, apartments and studios, of different categories and types, which can meet the requirements of guests for a pleasant and enjoyable stay.

For your entertainment Afytos features several restaurants, cafes, clubs, e.t.c, with excellent service and a variety of products and services that would justify any selection. Many of the are on the brink of the cliff offering panoramic view of Toroneos gulf. 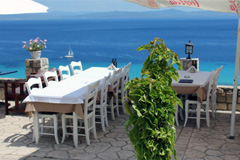 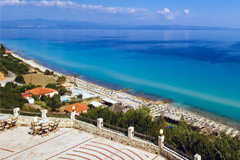 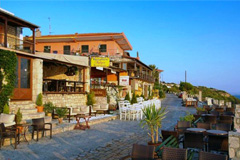