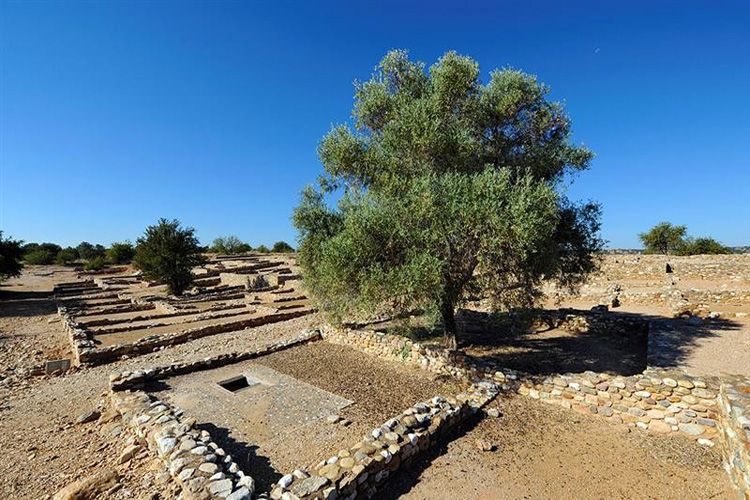 A Village with ... History!

There are three reasons for one to visit Olynthos. Firstly, it has very hospitable residents. Secondly, it produces fine local products. Thirdly, it has a unique historical past, from the years of Aristotle and even older. The modern village is called Nea Olynthos. It is located at the base of the peninsula of Kassandra, 78 kms away from Thessaloniki and 12 km from Potidea.

New Olynthos is the continuation of the Byzantine village of Myriophytos. After 1922 many refugees from Eastern Thrace and Asia Minor were added to the few local residents. Nowadays, the inhabitants amount to about 1200 and are mainly occupied in agriculture and olive-growing. Indeed, Olynthos is among the first olive-growing regions of Greece in edible olives and olive oil. 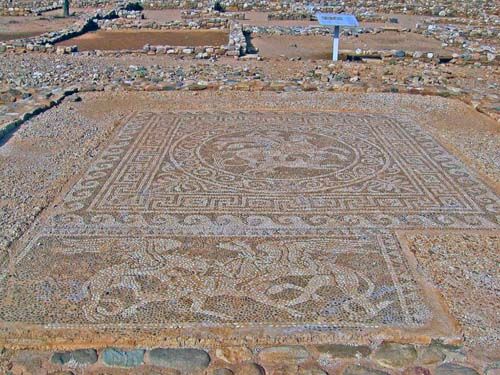 To the east of the new settlement, within a short distance, there are the ruins of the famous ancient Olynthos. The site is inhabited since the Neolithic Era (5300-4500 BC), while the word "Olynthos" is pre-Hellenic and probably has a meaning "wild fig". According to the tradition, it was named so by Olynthos, the son of the river God Strymon.

Ancient Olynthos was built on two hills, the southern and the northern. The southern hill was occupied by the city, which, according to Herodotus, was founded by the Voctians of Imathia in the 7th century. B.C. This city was destroyed by the Persians of Artabazos in 479 BC. However, its inhabitants did not leave the area. They built a new city on the northern hill. It was the Olynthos of the Classical Period, built in the Hippodamian city planning system, with building blocks separated by horizontal and vertical streets. It was to play a major role and to become the most important political, economic and military center of Halkidiki from the 5th to the 3rd century BC. Moreover, the founding of the Halkidian Common in 430 BC, meant the political union of 32 cities of Halkidiki under the command of Olynthos. The great prosperity of the city brought her into conflict with King Philip II of Macedonia, who could not tolerate the presence of another great force in his area and eventually led to its destruction in 348 BC.

Today, a large part of the ancient city has been discovered in the visiting site of the excavation, and there have been found tombs, coins and mosaics of unique beauty that date back to different eras of Greek history. 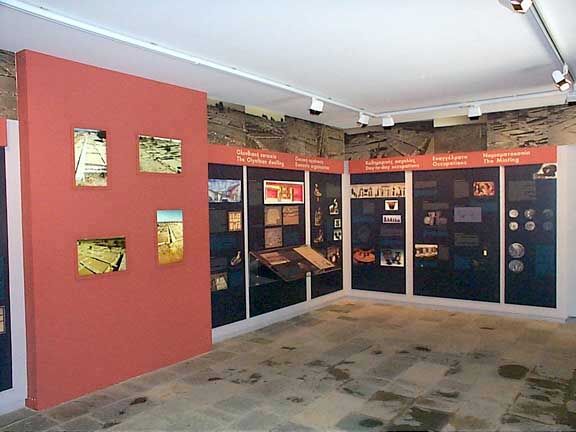 An Archaeological Museum operates in the archaeological site. Excavations are not exhibited in its premises, but audiovisual material, with the help of which the visitor acquires a broader picture of the history of ancient Olynthos and for the course of the restoration of the area. The findings of the excavations are found in the museums of Thessaloniki and Polygyros (tel. 23730 91000).

The Olynthians maintain the traditional customs and honor the products of their home. Every year, usually in July, three-day events are organized for the "Olive Festival" in order to honor the most important product of the region. Important holidays for the village are also Saint Athanasius (May 2), St. George (April 23) and Agioi Anargyroi (July 1), when festivals and celebrations are held.