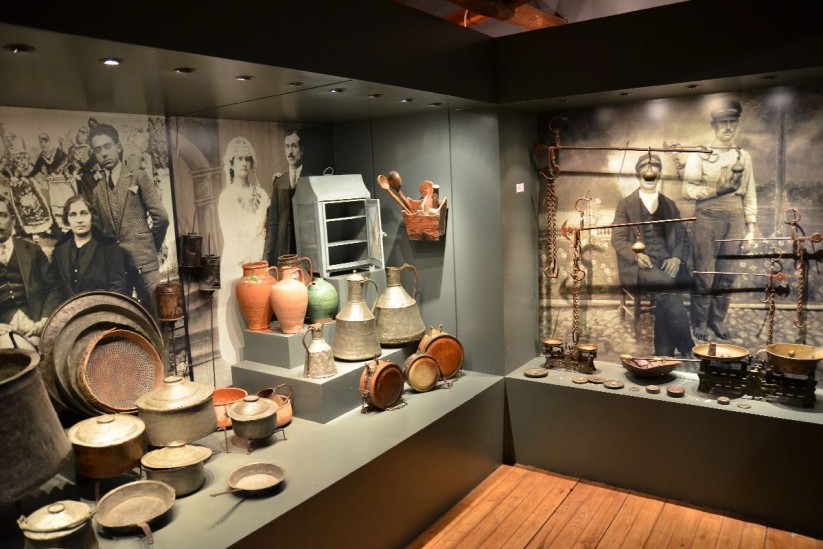 Museums in Halkidiki worth visiting

The region is well knwon for its important historical and cultural wealth, which is deeply rooted in the mists of time. Its archaeological, folklore and Christian tradition is projected through its notable museums, guardian of the long history and the specific heritage of the region and its people.

Located in the Heroes Square in the city center it displays representative archaeological findings from all of Halkidiki. The exhibits cover a time span ranging from the Bronze Age to the Roman period and originate from ancient Stagira, Toroni, Pyrgadikia, Afitos, the ancient city of Olynthos and elsewhere. Among the most important exhibits are included an unfinished Kouros of the Archaic period, a marble head of Dionysus from Ancient Afytos, a column of a black figure from Vrasta (late 6th century BC) and findings from the city and the cemetery of ancient Olynthos (tel .: 23710 22148).

It is located in the archaeological site of ancient Olynthos. It features only audiovisual material, which is intended to give visitors a complete picture of ancient Olynthos, starting with the history of the city and continuing with a description of the excavation and restoration. The findings of the excavations are displayed in museums of Thessaloniki and Polygyros (tel .: 23730 91000).

It is located ​​next to the cave, at a distance of 2 kms from the village of Petralona. 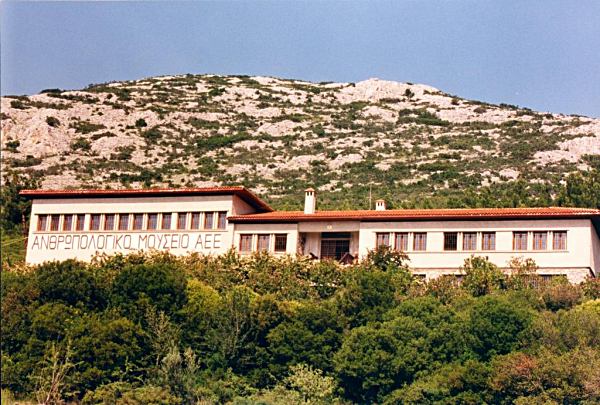 It features important discoveries, such as copies of the mausoleum of the European Archanthropus of Petralona, the oldest traces of fire ever discovered, the first stone and bone tools (11 million years old) and findings from open spaces before the time of the caves. The museum also has a conference room, geological and paleontological conservation laboratories and a library (tel .: 23730 73365). 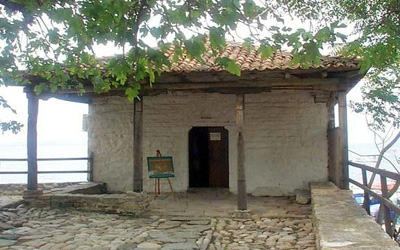 The exhibition is housed in an old building near the tower of Ouranoupolis and at the embarkation point for Mount Athos. The aim of the exhibition is to show visitors that Halkidiki has several important treasures of the Christian era, in addition to the countless treasures that belong to the monasteries of Mount Athos. The exhibits (icons, fragments of wall paintings, crosses and other items) dated to the Early Christian, Byzantine and post-Byzantine periods and originate from all over Halkidiki (tel : 23770 71389).

Historical and Folklore Museum of Arnaia

It is housed in the Iatrou mansion one of the most beautiful buildings in Halkidiki, near the central square of Arnea. Benefactors were the local residents who offered valuable and rare items of everyday life and family heirlooms. The museum exhibits farming tools, beekeeping items and carpentry, tools of bread and coffee preparation, weaving equipment, rich photography material, the first radio of the village from 1941, as well as a fire pump 200 years old (tel : 23723 50100). 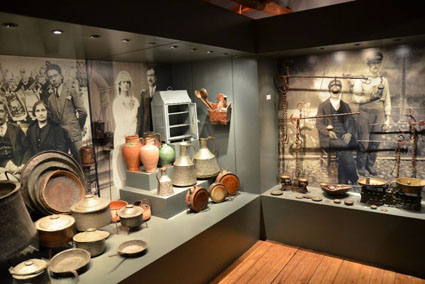 It is housed in the Karaganis house in the city center, and includes traditional costumes, agricultural tools and representation of an urban house of the early twentieth century. All the exhibits are donations of residents and citizens of Polygyros (tel : 23710 23031). 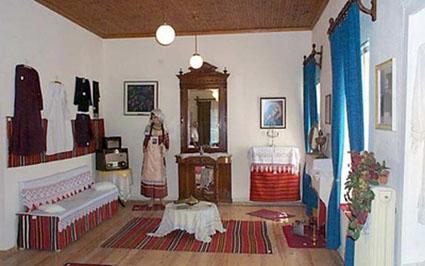 It is housed in a traditional building in the center of the village and was founded in 1980 with the initiative of N. Paralis and the local Folklore Association. The folklore collection includes utensils, agricultural tools and pottery, as well as pottery items, an art which has a long tradition in the village. Occasionally it hosts various artists exhibitions (tel : 23740 91239 / 91511). 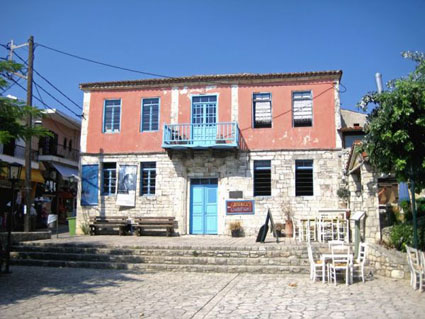 Museum of the Ouranoupolis Tower

At the famous Prosforiou Ouranoupolis Tower are displayed many findings from Athos and other areas of Halkidiki. Important exhibits are bronze helmets of the 6th BC century, ancient coins, wall paintings of the 17th century, a brocade epitaph from Ormilia, etc. (Tel : 23770 71651). 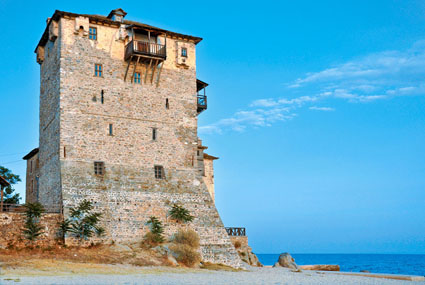 Museum of fishing vessels and tools in Moudania

In the museum one can find old and modern fishing techniques, fishing gear, navigation tools, miniatures of fishing vessels and the great magic of the underwater world which is displayed in a specially designed room with the help of audiovisual media. A special exhibit of the museum is the bougiantes, a traditional fishing craft that was used at the Marmara Sea and in our country became known when the refugees settled here. Moreover, many fishing items are exhibited brought by the refugees from their fatherland (tel : 23730 26166). 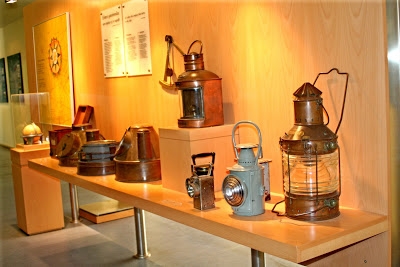 Forest Museum of the University forest of Taxiarchis

Founded by the Aristotle University of Thessaloniki, it aims to offer visitors the specialized knowledge, experience and entertainment.
The museum occupies an area of ​​200 sq.m. and in its windows are representations of the habitat of the wild boar, wolf, fox, snakes and other animals and birds of the forest, and in special display cases is cited a collection of the predominant plants of the region. In a separate room was built a projection and entertainment room with computers and applications that inform visitors about the flora and fauna of the region (tel : 23710 94295). 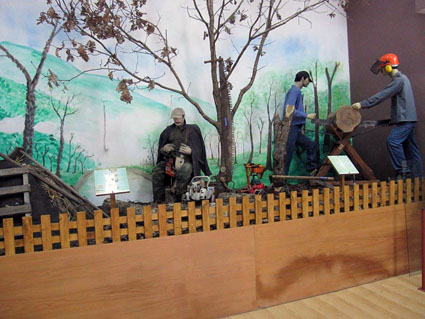 Other notable museums of Halkidiki are: